Rebecca Link October 15, 2017 Holidays, Mom Blogger No Comment
George is obsessed with garbage trucks right now. He loves to watch them on YouTube. On Thursday he helps gets all the garbage ready for the curb. He takes bags of garbage and our little garbage cans dumps them into the bigger cans. Thursday garbage night is a BIG night in our house. Lots of cheering. Well when Friday arrives it’s up early to catch every garbage truck that comes by. He waves and yells HI to each garbage man. The garbage are very nice waving back and sometimes honking their horns.
When I was thinking of what George should be for Halloween I wanted something that he was him. Right now a garbage man is totally him. So off I went to figure out a costume. 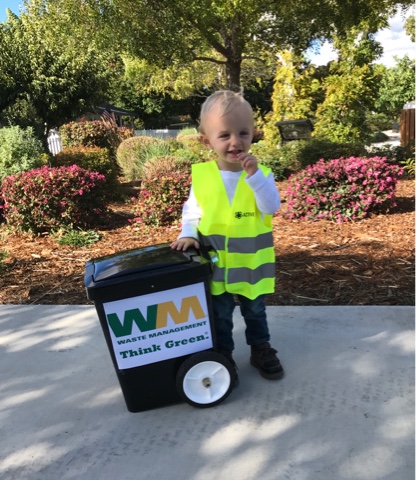 Our garbage men wear jeans, tshirt, boots and a bright vest. I found the vest on Amazon because doesn’t everything come from Amazon these days? 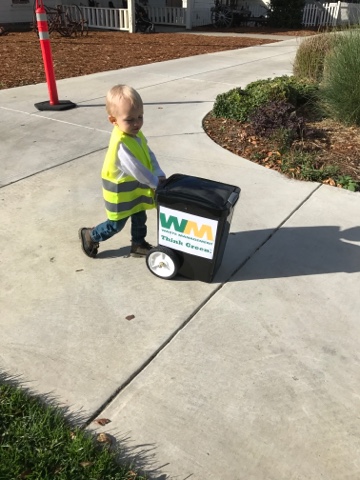 The next part I struggled with was the garbage can. What could we do. Well Pinterest for the win here! I saw that someone made a kid size garbage can with wheels. WINNER! Off we went to Walmart to get a garbage can. George had to hold that garbage can the entire ride home while he was in his carseat. I am sure people were wondering what in the world was going on in our car. I think once you have a toddler you stop asking those questions so much when you see strange things. lol 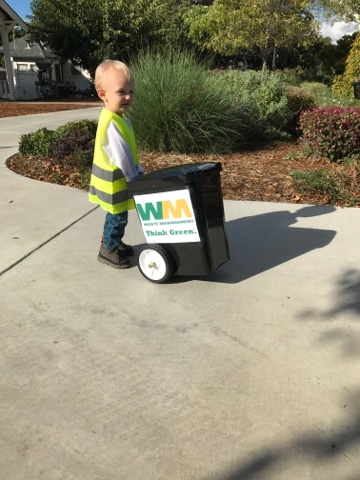 Art bought the wheels at Lowe’s. I let him be in charge of getting them on the can. He did a really nice job. He also had a handle laying around the garage, so he added that. I printed Waste Management signs off the internet and we taped them to the can. George LOVES this garbage can. One morning he woke up at 7am, jumped out of bed and was wheeling the can around the house. 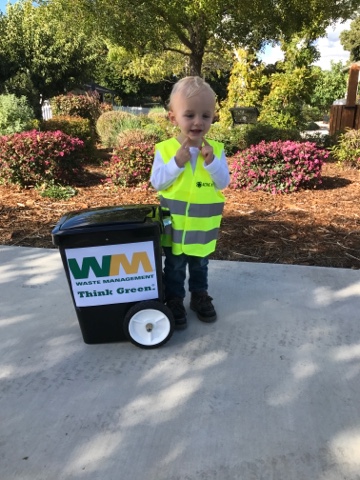 Why is everyone talking about Whole30?

3 Ways to Get Healthy Foods Into Your Children