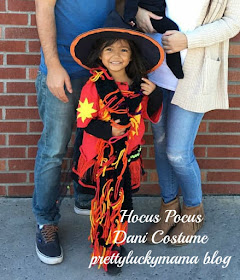 As promised, today I am sharing how I made Cailee’s Hocus Pocus “Dani” costume.
I use the term DIY loosely because I essentially took pre-made items and turned them into what I needed.
This costume was easy to put together but was rather time consuming. So if you are thinking of recreating this start now 🙂
Let’s get right to it from top to bottom!
Hat
– I bought a witch hat from Target.
– I used orange felt to make a border on the brim! I used a glue gun for this!
– I also added a mesh fabric(you only need like a scrap of it) around the base of the hat to resemble what I saw in the movie! I sewed on little pieces of plastic bead onto the mesh! 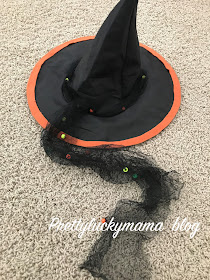 Scarf
– My grandma had knit a plain black scarf for me a few years back and I used it for the costume!
– I took this colorful yarn ($3.59) and cut it in to pieces and tied them around the border of the scarf! I stuck with yellow, orange, and reds for this! 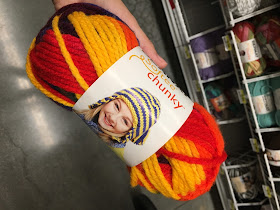 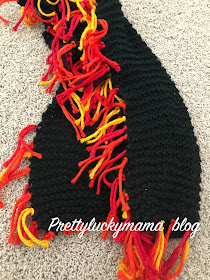 Shirt
– I took this plain red shirt and cut off the neckline and made a small slit in the center. The idea was to make it look somewhat like a cape with it being sort of off the shoulder!
– I took some of the dark color yarn from above and cut little slits to make it look like you could tie the slit shut!
– I took gold felt and cut out moon and sun shapes! Than I sewed them onto the shirt! *You could glue gun them on too*
– I cut the bottom of the shirt as well in like a triangular pattern!
– She wore a black long sleeve shirt underneath. 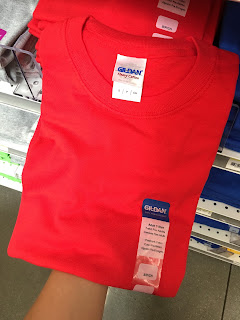 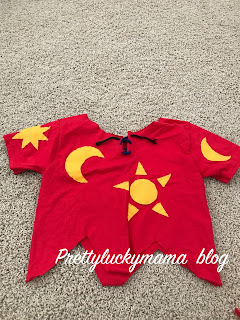 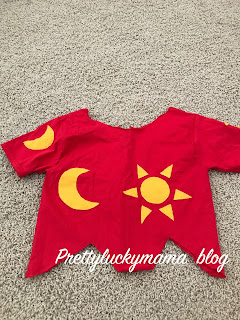 Skirt
– We had purchased a black tiered skirt a few months before because Cailee had wanted to be Vanellope von Schweetz but than changed her mind to Dani! So we got lucky because I was still able to use it!
*This is what took me the longest because I hand sewed on the accents!
– I used these three different trims on the skirt!
Green Trim | Red Pom Trim | Red Fringe Trim
– Cailee wore red tights under her skirt! 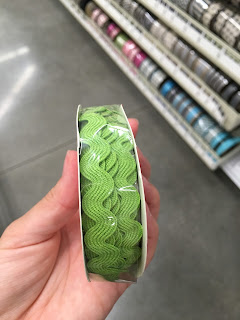 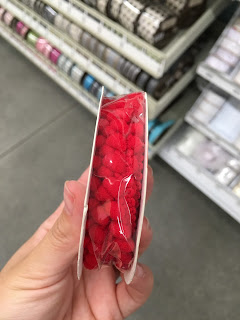 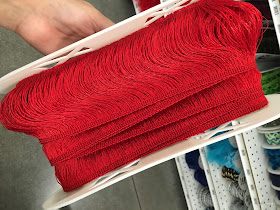 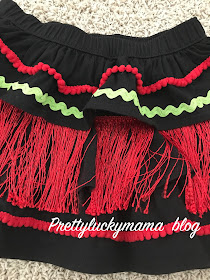 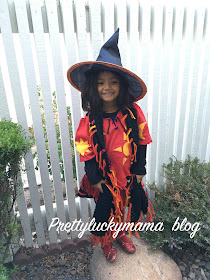 I hope you find this helpful and inspires you!
To see our family group costume all together click here!
Originally published on http://prettyluckymama.blogspot.com/2017/10/hocus-pocus-dani-costume-easy-diy.html?m=1
Tags: Halloween

Why is everyone talking about Whole30?

3 Ways to Get Healthy Foods Into Your Children